In 2002 Freddy Galindo, age 18, suffered severe traumatic brain injury in a car accident.  His comatose state seemed quite hopeless and doctors proposed pulling the plug.  Mom refused and after three months Freddy woke up.  Then he was told that his left arm and leg should be amputated.  Doctors told Freddy those limbs would never function.  Freddy refused to allow it.  Later, when there was surgery to replace his forehead skull with a plate, he suffered a stroke and lost his short term memory, balance, and more limb function.

Freddy used the New LiftWalker to some regain some walking skills, obtaining all the health benefits of normal movement. But he exhibited something I noticed in many of my other clients. He never went beyond my machine because of his lack of balance. So this is the primary problem Freddy and I are trying to solve. I am told that it’s possible, and that even those who did not learn balance as children can learn it. But I can’t find anyone who’s actually done it or taught it from scratch. So Freddy and I are struggling to learn the path to serious balance ability. Plus, we’re trying to do it in a way that normal people without much money can reproduce the results.

Freddy has managed to walk as many as 460 balanced steps.  While that is beautiful it is not enough.  And it’s difficult for him to maintain that level of performance.  His progress is fragile.  We have a great deal more work to do. (Not to mention that we are also trying to restore normal function to his left hand and leg, and improve his memory.)  It’s costing a great deal of time and energy to accomplish this work. Right now we try to put in 4 hours a day.  We need to do 8.

As of February, 2015, we are starting upper cervical work with Dr. Dennis Campbell, of Wasco, CA. We will detail that process here. We are hopeful that Freddy can heal from the spasticity, stiffness, and other effects of his brain injury. Please send some prayers his way. 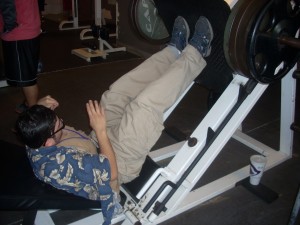 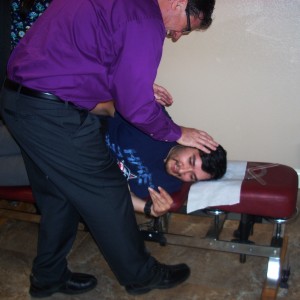 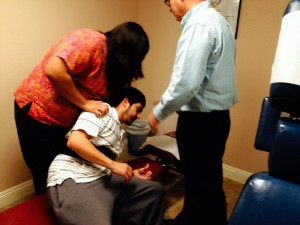